Getting Creative with Recycling：

“Every time you spend money, you’re casting a vote for the kind of world you want” – Anna Lappe

The unique material we use to produce our clothing is nylon made from recycled fishing nets, and we are proud to be the very first in the world to create such a new textile. By recycling fishing nets, we do not only make environmentally-friendly clothes, but also actively help to clean a fragile and polluted marine environment.

Fishing nets are made from synthetic materials (nylon), which decay slowly and can take up to 600 years to biodegrade. Thus, many cases of marine creatures caught into abandoned fishing nets have been reported, which led them to serious harm or even death.

This plague commonly known as ‘ghost fishing’, because there is no intention of fishing, it is devastating our marine life. In terms of ocean pollution, ghost nets are among the biggest killers, and the problem of abandoned or lost fishing nets is constantly increasing along with the global expansion of the fishing industry. It is estimated that over 640,000 tons of ghost nets are abandoned in the ocean, trapping among other wildlife, whales, turtles, fish, seals or birds.

Based on this observation, Ecomax has figured out an innovative solution to reduce the amount of ghost nets in the ocean turning them into wearable fabric. The nets are bought from local fishermen, a method which gives them an incentive to collect abandoned nets and to take them to shore, instead of leaving them in the sea.

Ecomax new wearable fabric, named “NYHI” and launched in 2014 is blend with recycled fishing nets and PET bottles, and finely woven/knit to give a soft feel close to the texture of cotton. 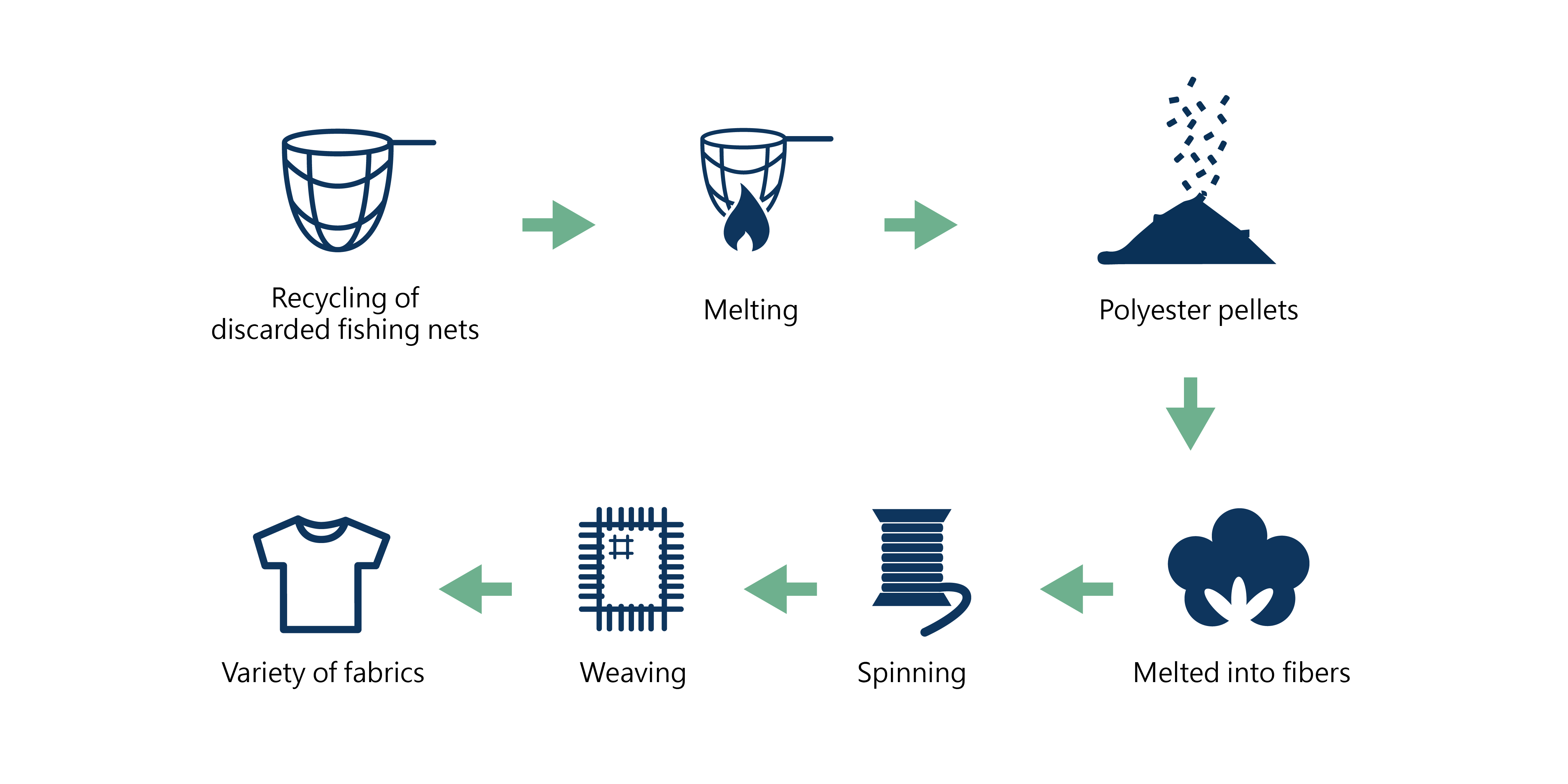